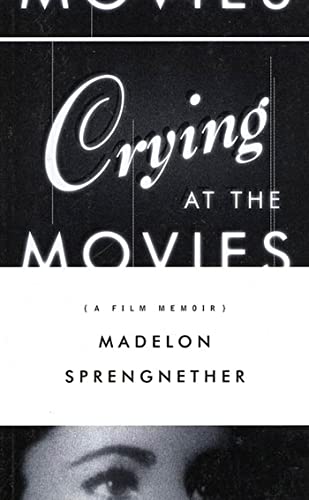 CRYING AT THE MOVIES: A Film Memoir

When she was nine years old, Sprengnether's father drowned in the Mississippi River as his family watched. Later, though a poet and essayist, she couldn't put her sadness into words—nor could she cry. At age 26, however, during a screening of Satyajit Ray's , she wept inconsolably; she later recognized that many of the film's moments invoked her personal tragedy and encouraged her release. "It was as though the sadness I had buried when I was nine years old lay deep within my psyche," she writes, "waiting for its shadow image to appear in the dreamlike space of the movie theater." In the elegant prose of an accomplished essayist, Sprengnether goes on to explore other moments in her life in which emotion and cinema fused. Andrei Tarkovsky's reminds her of the rough spots in her romantic history, while Jane Campion's compels her to reflect on the hatred with which she viewed her stepfather. Andrew Birkin's conjures up memories of her attraction to her brother, which led them to the brink of incest. Sprengnether's honesty, about the events of her life and her inadequate ways of dealing with trauma, is striking, and shows how profoundly films can speak to their viewers. In these insightful essays, even the writing itself is cinematic, as Sprengnether's memories and quick film summaries meld into one another, making it seem as if the author hasn't just seen many movies, but has actually lived one.