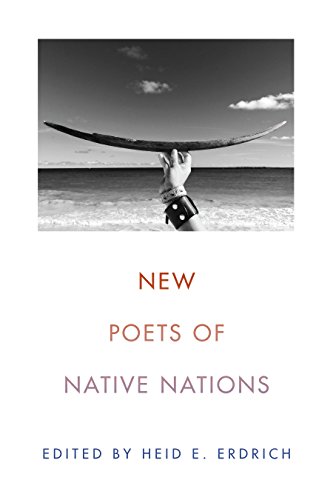 Erdrich (Curator of Ephemera at the New Museum for Archaic Media), an Ojibwe writer and scholar, goes some way toward rectifying a noticeable dearth of anthologies of contemporary Native poets with this essential volume. To do this, Erdrich selected 21 writers of varying backgrounds and statures who published their first collections in the 21st century, which she describes as “an era of witness, of coming into voice, an era of change and of political and cultural resurgence.” Given that there are 573 recognized Native nations across America, the volume is far from comprehensive, yet it demonstrates the remarkable breadth of formal styles and substantive concerns among even this small cohort of Native writers. Several of the poets here have garnered recognition in wider literary circles, including Cedar Sigo, Layli Long Soldier, and Tommy Pico, and others—such as dg nanouk okpik, Brandy Nalani McDougall, and Eric Gansworth—deserve greater attention. Through this first anthology of US Native poets since 1988, Erdrich offers readers a path into a “brilliantly lit dimension” that has long been obscured by colonialism in the worlds of academia and cultural production. (July)