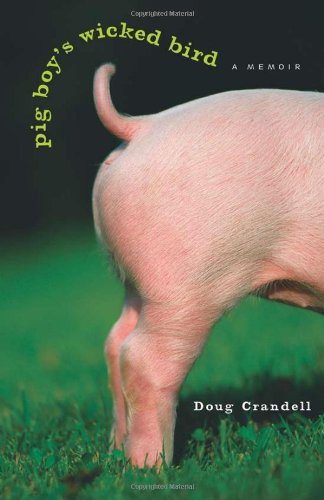 Set on a small hog farm in Indiana, this moving chronicle follows one year (1976) in the life of an impressionable seven-year-old and his hard-luck family. Young Crandell was a very plump child. According to family lore, he consistently gained weight even though no one ever saw him eating dinner. When somebody spied him suckling a pig sow with the other piglets at the trough, he earned his moniker: Pig Boy. Crandell, whose work has appeared in the and elsewhere, relates the story of his nickname, as well as the trials of his childhood: his family were bankrupt sharecroppers; they struggled with expensive medical bills from Crandell's mother's hysterectomy; Crandell had to have several fingers re-attached after a farm accident. He captures the emotional adhesive of family bonds when he portrays how they came together to love and support each other in crisis, committed to one another and their home. Richly anecdotal, the work leaves no detail unexamined, whether physical or ethereal. Crandell addresses everything—the loss of property and pride, the presidential candidacy of Jimmy Carter, childhood fears, the effects of the TV series on a poor white family, the far-reaching effects of his mother's depression—with poetry and imagination. This version of growing up in America delivers several compelling, stellar moments.