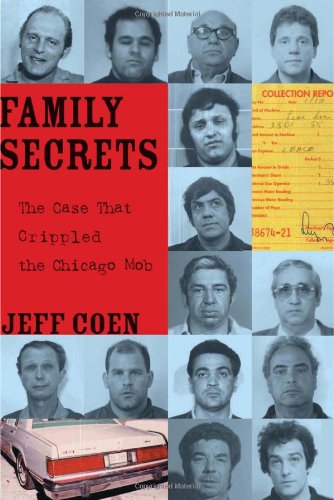 Coen, a reporter, dissects one of the most pivotal mob criminal prosecutions, the Family Secrets case, in his revealing, shocking book on self-destructive Cosa Nostra members engaged in a death dance of suspicion and betrayal. Members of the Chicago Syndicate, also known as the Outfit, under the taut leadership of Frank Calabrese Sr., did their share of graft, bribery, extortion, bookmaking and murder, much like in the glory Capone days, but in 1998, Calabresi’s son Frank Jr.—who had “had it with his father’s abusive ways and broken promises”—decided to become an FBI turncoat and get the goods on his father and the powerful men around him. Giving an unfettered glimpse into the strata of the Chicago criminal organization, Coen tallies the strategies of the clever mob mouthpieces, the extensive wise guy body count, and the Feds’ relentless pursuit through the indictment and sentencing. Superbly crafted, this is a tragic, clear-sighted account of how Chicago’s mighty mob was brought to heel. Photos, map.