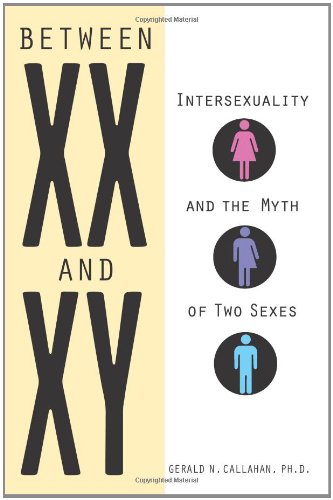 Between XX and XY: Intersexuality and the Myth of Two Sexes

Combining passion with current scientific information, Callahan, an immunologist/pathologist at Colorado State University, explains why our conception of two sexes is more a social than a biological construct. He argues that there are no simple, foolproof ways to determine sex. For example chromosomal structure, XX for females and XY for males, is not fully predictive because of various genetic disorders that can play a larger role. Similarly, genitalia can be quite varied and represent a continuum of difference rather than two discrete points. Callahan does a good job of exploring intersex individuals, who are neither male nor female, and argues that they need to be accepted for what they are and not viewed as defective. Further, he provides provocative evidence that surgical gender reconstruction is often unsuccessful. Although Callahan attempts to make the case that some non-Western societies have a less bipolar view of gender, his abbreviated presentation is not very convincing. He is, however, persuasive that better understanding of and respect for sex and gender variability would be far healthier for the 65,000-plus intersex people born each year and society in general.