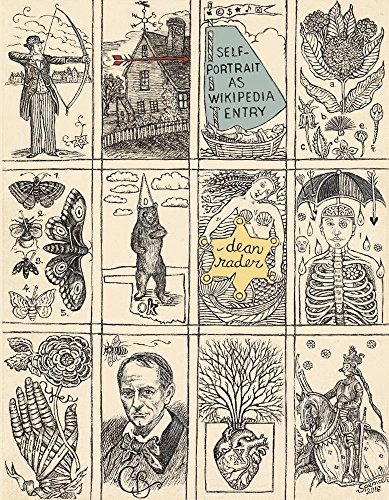 Rader (Works & Days) samples and remixes with aplomb, combining references to everything from Paul Klee to al-Qaeda to the Sonic Drive-In in a second collection that is as rich in content and broad in scope as the eponymous online encyclopedia. “Frog Considers Slipping Toad Pop Rocks™,” for example, begins in absurdity but ends in profundity: “Is there a better way to show/ devotion than to help someone burst from within?” Equally impressive is Rader’s understated mastery of form: the collection includes a ghazal, a villanelle, sonnets, and haiku, not to mention numerous metapoetic inventions, as in the poem called “Democracy or Poem in Which Readers Select Their Favorite Last Lines.” Such ranginess can, at times, slip into shagginess—not every poem here earns its place. The peaks of his varied terrain are those with the most immediate stakes, where his generous personality meets political urgency, as in his series of American allegories, which interrogate whiteness through the ’68 Olympics and use Hieronymus Bosch to think about poverty. “This is for daybreak/ and backbreak, for dreams, and for darkness,” Rader writes in “America, I Do Not Call Your Name Without Hope,” and, indeed, few poets capture the contradictions of our national life with as much sensitivity or keenness. (Feb.)
close
Details