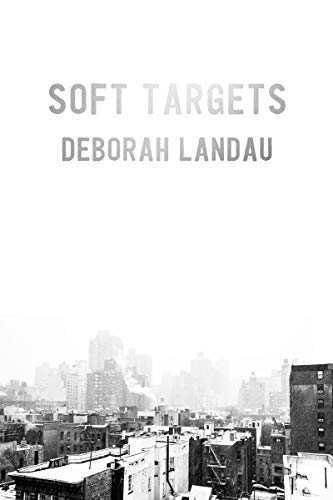 The fourth book from Landau (The Uses of the Body) addresses the anxiety of living among dangers potential and palpable, from terrorism to climate change. As citizens, we are vulnerable to those “who want to slaughter us,” and yet, as the speaker remarks, “I had a body, unwearied, vital, despite the funeral in everything.” This proves the central tension of the collection: the speaker is conflicted about how we might go about our days and nights—drinking wine, raising a family—when around the world, threat abounds. Poems in loose couplets, tercets, and single-line stanzas contain Landau’s signature lush, lyrical language (“would you like a lunch of me in the soft/ in its long delirium?”) placed in contrast to the immediacy of “Kalashnikov assault rifles,/ submachine guns, ammunition,” which enact the dissonance of pleasure-seeking while the news “spatulas in on the Twitter feed.” But the very bodies that make us soft targets, Landau suggests, also make us lovers, “lustrous from time to time,/ in a garden, in a city, in a wood melodious with pine.” Through the cadence of these poems, which sometimes resemble lullabies in their dreaminess and gorgeous lyricism, Landau captures the ways humans persist, despite our collective anxiety, in our longing for “something tender, something that might bloom.” (Apr.)
close
Details