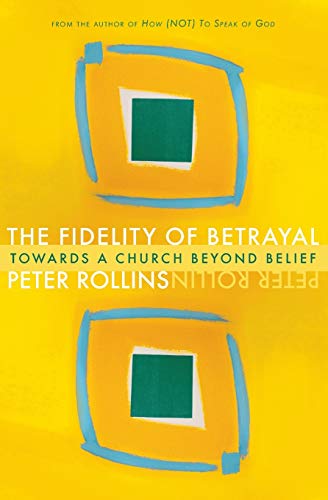 The Fidelity of Betrayal: Towards a Church Beyond Belief

Rollins possesses the freshest theological voice of the emerging church movement. The leader of an ecclesial community called Ikon that meets in pubs in his native Northern Ireland came out of nowhere with his in 2006, where he made the tools of postmodern philosophy accessible to nonspecialists. That book’s virtues are again on display: clarity (rare enough for an academically trained philosopher), wit and playful, counterintuitive readings of Christian scripture. He argues that the most faithful response to Christianity may be Judas’s betrayal of Jesus over against fundamentalists who would violently defend Jesus and academics who would imprison Jesus. Rollins paints with an overly broad brush—not every theologian since Descartes has been boxed in by his categories. At times an academic degree would be helpful to understand his use of Zizek or Nietzsche. All the same, Rollins puts postmodern philosophy to work for those trying to rethink their faith for a new day without stifling modern categories. Even those who disagree will find the pages turning themselves.