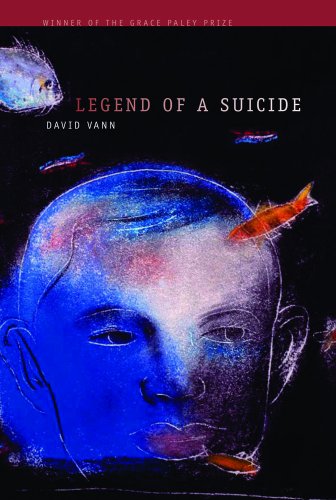 Legend of a Suicide: Stories

This well-crafted debut collection, five stories and a novella, from award-winning writer and memoirist Vann ( ) revolves obsessively around the suicide of an Alaskan father. Hopscotching through time, each tale examines the father's death from the perspective of his young son, Roy. The first story, “Ichthyology,” introduces the young protagonist and his troubled father, a tax-dodging dentist and fisherman who ends up shooting himself on the deck of his fishing boat. “Rhoda” finds the 12-year-old boy bonding with his new stepmother, a pretty young woman his father married before the tragedy. In “A Legend of Good Men,” Roy imagines a fantastically violent rampage in which he does away with his mother's suitors, à la Odysseus and Telemachus. The novella, “Sukkwan Island,” is an increasingly suspenseful story of survival, in which a 13-year-old Roy and his father brave the elements for months in an isolated mountain cabin. Vann uses startling powers of observation to create strong characters, tense scenes and genuine surprises, leading to a ghastly conclusion that's sure to linger.