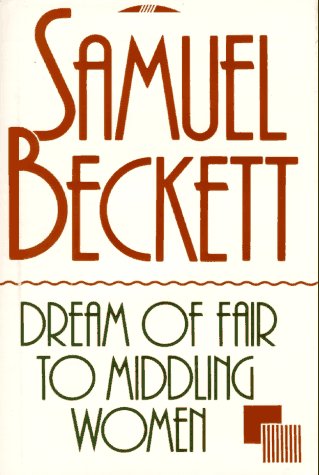 Dream of Fair to Middling Women

Although perhaps more accessible, Beckett's previously unpublished first novel features characters, themes, and the unique style characteristic of his later prose works ( More Pricks Than Kicks , Molloy , etc.). Written in English in 1932 when Beckett was 26 and living in Paris, the clearly autobiographical Dream was roundly rejected by publishers. Beckett put it aside, later entrusting it to O'Brien for posthumous publication in order not to offend friends and peers caricatured therein. Main character Belacqua, a writer and teacher, is clearly Beckett himself, although a ``Mr. Beckett'' also appears later in the work. The fair to middling women of the title range from ditzy to abrasive, while one male friend is described as ``a persecution'' and an ``illegitimate cretin.'' Moving from Ireland to France to Germany (and from English to French to German, not to mention Italian and Latin), the novel is a literary smorgasbord. Discussions of music and writing jockey with tantalizing references to Hesse, Dmitiri Karamazov and ``George Bernard Pygmalion'' interrupted by the occasional aside from the narrator--``(Query: why do professors lack the gusts to get sons? Elucidate.)'' Compared to the Nobel Prize winner's later exquisite fiction, poetry and plays, some of the writing in this book seems immature, but it does stand on its own as a lively and thought-provoking read. ( May)
close
Details