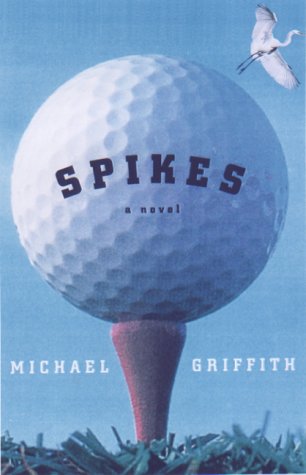 Golf, as narrator Brian Schwan concedes in this comic novel, is a game with an alluring surface gentility: ""the edgy murmur on the practice green; the weirdly purposeful clicks and thumps and grunts from the range."" But underneath, there lurks obsession and, in his case, despair. First novelist Griffith's writing crackles with a lacerating humor from which nothing and no one is spared. Brian, 25, has gone from being his dad's little prodigy player to a second-tier professional, mired in the Snapper/Gold Club Tour. His ""swan song"" comes during the Ile de Paris tournament, held near Charleston, S.C. His long-suffering born-again wife, Rosa, has been making impatient sounds about Brian's selfishness: for four years she has put up with being a golf widow, but now she wants a child. She also wants her husband to confront reality and become an accountant. Brian is sure that his childhood friend and current golfing buddy, Hatch, is supplying Rosa with ammunition by back-channeling information to her about Brian's losses. Even his father has lost faith. The book starts with Brian shooting seven over par on the same day that ""Bird"" Soulsby, the mysterious South African golfer with whom he is paired, shoots an amazing 11 under par. On his way to his car, Brian is waylaid by Ellen McCovery, a lovely news reporter for a Charleston TV station. She mistakes him for Bird; he leaps at the chance to exchange places with a winner and maybe engage in an adulterous tryst. But Brian doesn't know yet what a strange character he is trying to impersonate. Griffith concocts a truly Nabokovian entertainment, which probes the twinned nature of winners and losers, the lore of the game and the eccentric subculture it spawns--though one needn't have the slightest interest in golf to be won over. (Feb.)
close
Details