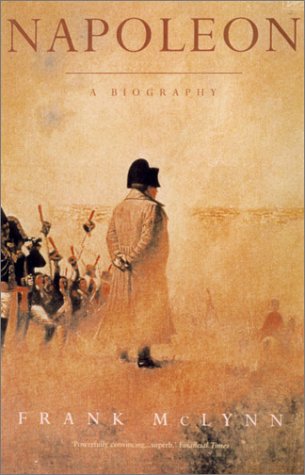 After visiting Corsica, Rousseau declared, "I have a presentiment that one day this small island will astonish Europe." Corsica did. Born there in 1769, Napoleon Bonaparte would convulse the Continent, precipitating thousands of books about him since. This latest, by British historian and Strathclyde University (U.K.) literature professor McLynn (; ), is a crowded and persuasive one-volume life. McLynn's study—but for his addictions to cliché and to repetition, and his labored leaning on both Freud and Jung—is one the best of the new breed (since the 1978 discovery of Bonaparte's arsenic poisoning made earlier volumes obsolete). No hagiographer, McLynn is hard on Napoleon both as general and as statesman, and faults his failures to rein in his openly "venal" marshals, treacherous administrative elite and astonishingly rapacious siblings. Indifferent to people except as he needed their loyalty, this Napoleon's embodies ambitions not tempered by any idealism, and McLynn dismisses "credulous" previous biographers for seeing anything in him beyond a familiar French grasping for "grandeur" and "glory," apparent on a lesser level from Louis XIV to de Gaulle. To McLynn the difference is that Napoleon's dreams were truly Alexandrine—that "His genius was of a kind that needed constant warfare to fuel it and... that all the hopes vested in him were illusory." While deftly exposing the material realities underlying the Napoleonic wars, McLynn also graphically describes the battles, suggesting that few (Austerlitz is an exception) demonstrate any authentic military brilliance. He is even more explicit about the general's tumultuous domestic and sexual life, in which Napoleon allegedly found little but masochistic satisfaction. "The true representative of the nation," Napoleon declared desperately in 1814, as his empire was collapsing around him, "is myself. France has more need of me than I have need of France." Such is still the case, McLynn claims, as France continues to cultivate his myth. Although McLynn's is a well-researched, convincing portrait, aficionados will find it not quite up to the standard of Alan Schom's 1997 , which is both better written and more psychologically astute. 16 pages of b&w illustrations.