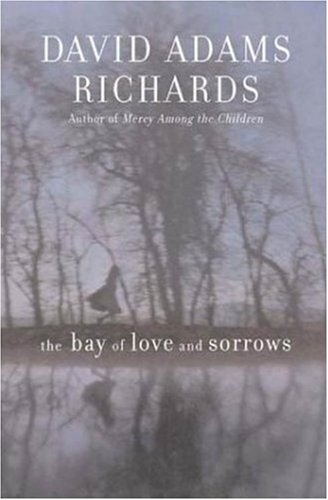 THE BAY OF LOVE AND SORROWS

Richards's latest (after ) is the powerful tale of a botched drug deal in a small Nova Scotia town in the 1970s. Karrie Smith and Tom Donnerel are high school sweethearts who, by the summer after her first year of college, are mired in a long-term grudge match. Karrie gives in to her attraction to Tom's charismatic friend, Michael Skid, the son of a local judge who lures Karrie into a manipulative and loveless relationship. Michael, in turn, is manipulated by a drug dealer, Everette Hutch, who coerces Michael into using his father's sailboat to ship a stash of tainted drugs. Michael tosses the stash overboard when the Coast Guard suddenly turns up, but Everette is unimpressed by his resourcefulness, and Michael's effort to recoup the drug money sets off a chain of murders that leaves several main characters dead, Tom in prison, and Michael exonerated, though heartbroken. Michael gets his revenge, with the help of the ravaged beauty Madonna Brassaurd, a friend whose brother, Silver, played a pivotal role in the earlier murders. Richards's tight plotting keeps the labyrinthine narrative riveting. The cycles of violence and retribution sometimes verge on melodrama, an effect intensified by the occasionally portentous prose (" 'It will snow tomorrow,' thought Michael. 'It will snow all the days of my youth' ") and the thin characterizations of some of the teenagers (Karrie especially seems simpleminded and younger than her years). Yet in spite of their shortcomings, the characters' rage and bloodlust and remorse are always believable. Those who loved Richards's debut will appreciate once again the grit and moral intensity with which he infuses his provincial portraits.