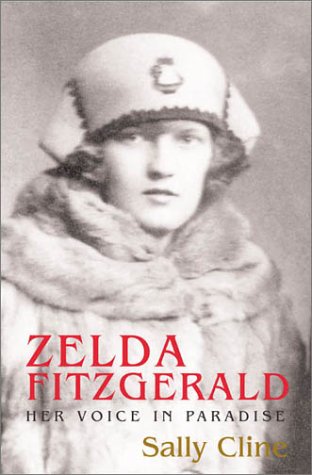 ZELDA FITZGERALD: Her Voice in Paradise

More than half a century after her death in a sanatorium fire in North Carolina, Zelda Fitzgerald (1900–1948) remains a controversial figure. Was she the Golden Girl and Jazz Age icon, the mad Southern belle who drove her husband to drink and destroyed his genius, or the doomed victim of Fitzgerald's ego? She was some of these and none, according to Cline's exhaustively researched biography. Cline was permitted for the first time to draw upon Zelda's medical records to document the range of treatments her physicians subjected her to in an effort to conform her to appropriately feminine behavior. Previous biographers have come down heavily in favor of one or the other of the doomed Fitzgerald pair. Cline, a Cambridge scholar and biographer of Radclyffe Hall, appears to agree with the psychiatrist who viewed the relationship as a folie à deux, in which Scott viewed Zelda's desperate attempts to find an identity through writing, dance and painting as frontal attacks on his masculinity and genius, and Zelda, for her part, clung to an exhausting emotional dependence on Scott, never quite breaking free. If there is a villain here, it is Ernest Hemingway, who first launched the notion of Zelda's madness and remained her implacable enemy. Cline claims that Zelda was more successful as a writer, dancer and painter than is commonly supposed, though her argument would have been strengthened had more of Zelda's paintings been reproduced. 16 pages of b&w photos.