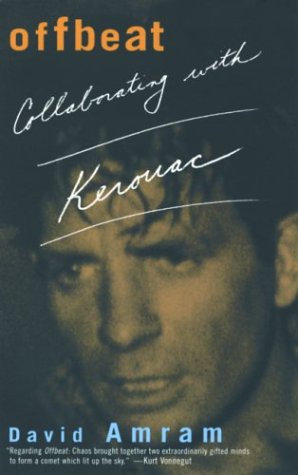 In the late 1950s, musician and composer Amram () pulled frequent all-nighters with Jack Kerouac and pals. The artists drank Thunderbird, smoked pot and recited spontaneous poems while Amram belted his French horn. In 1957, Amram and Kerouac went public with the act at a small East Village gallery; two years later, they documented their unique teamwork in the short film . They never worked together again: Kerouac moved with his mother to Florida, where he became increasingly reclusive and enfeebled by alcohol, and Amram went on to compose more than 100 orchestral and chamber pieces and wrote scores for such films as . In this memoir, the author hopes to clear up "decades of misinformation and mythology" about Kerouac and many of the other poets, painters and artists of the so-called Beat movement (a label he vehemently rejects). Unfortunately, the characters Amram renders come off as unreal as the stereotypes he wishes to destroy. Readers interested in Kerouac should look elsewhere. by Gerald Nicosia is the most comprehensive biography. For a more personal account, read former Kerouac lover Joyce Johnson's memoir . Photos not seen by .