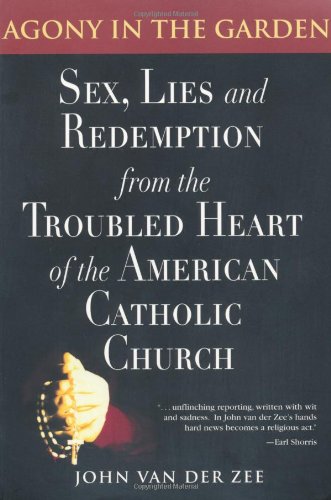 AGONY IN THE GARDEN

Van der Zee () dissects the ongoing problems of the Catholic Church with this salacious case study of a corrupt Northern California parish. Its problems included a thieving, pedophile priest and a self-serving bishop who kept that priest as a sex slave while helping a charismatic monsignor bilk the church out of a cool $13 million. The author begins by outlining the relationship between Jorge Hume Salas, a Mexican priest who was hired by the Santa Rosa parish despite his questionable background, and Bishop Patrick Ziemann, the charismatic leader who used Hume for sex in a relationship that led to a series of civil suits by Hume after their trysts were exposed. The corruption angle surfaced when Hume began stealing from the collection basket, and a police sting caught the cleric in the act. While the various molestation stories are all too familiar at this point, the most fascinating aspect of this exposé revolves around the financial chicanery of Monsignor Keys. This brilliant money man shuttled funds between church accounts in an ongoing shell game while introducing a revelatory financial product that became the focal point for a heated legal battle between the church and several local businessmen. Van der Zee tells his story via the analytical techniques of a crack investigative reporter, filling in enough character material to make this true crime story a compelling read. The lurid, labyrinthine story line gives the book a level of suspense beyond that of many contemporary thrillers.