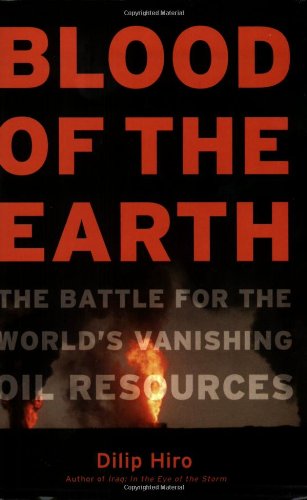 Blood of the Earth: The Battle for the World's Vanishing Oil Resources

The title of this look at the oil economy is misleading, as only a small portion of the book addresses journalist Hiro's belief in an imminent scramble for oil resembling 19th-century European colonialist power struggles. What he describes is not so much conflict over the control of resources as an economic battle spurred by the entry of nations like China and India into the oil production economy. He also spends a lot of time recapping the early 20th-century history of oil production, with a lengthy digression into alternative energy sources. Hiro ( ) brings an undisguised left-wing slant to his reportage, declaring unequivocally that the Bush administration chose to invade Iraq to get at its oil reserves, while praising Venezuelan leader Hugo Chavez for using oil money to launch progressive opposition to American interests. He also criticizes the media for not doing enough to call attention to global warming and hammers repeatedly on the obvious point that energy companies have a vested interest in keeping consumers "hooked on oil and gas." The resulting hodgepodge of reportage and analysis fails to meet the standard of Paul Roberts's , still the go-to book on this subject.