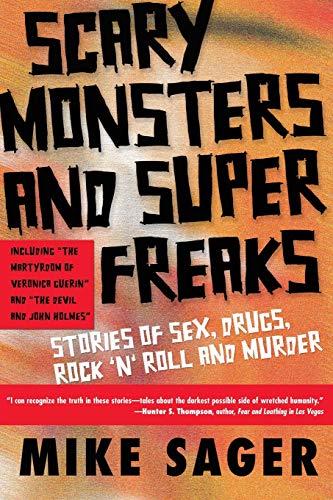 This strong collection of Sager's articles over the past 20 years for and demonstrates his skill as a reporter whose main interest is investigating America's dark and lurid corners. Most of the articles divide roughly into two groups. The first focuses on well-known subjects such as porn star John Holmes's drug-induced decline ("The Devil and John Holmes"), actor Rob Lowe's infamous sex tape ("Rob Lowe's Girl Trouble") and funk-rocker Rick James's obsession with freebase cocaine and violence ("The Rise and Fall of a Super Freak"). The second explores lesser known but often more horrible incidents, such as "The Death of a High School Narc" in Midlothian, Tex. Sager incorporates in all the articles such journalistic devices as scene-by-scene construction, realistic dialogue and third-person point of view, completely capturing everyday details of a subject's life. But two articles are especially compelling. One is an intimate portrait of Janet Cooke (with whom Sager was once involved), the journalist whose Pulitzer Prize–winning, and fake, story about an eight-year-old heroin addict got her fired from the ; the other is a lengthy, detailed look at the life and death of author Carlos Castaneda.