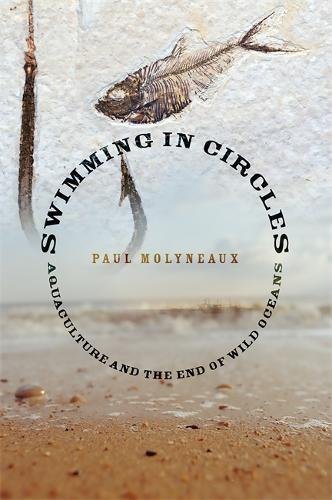 Swimming in Circles: Aquaculture and the Death of Wild Oceans

The author of this forceful, sometimes discursive book contends that fish farming, though touted as compensating for the world's dwindling fish supply, actually depletes ocean resources and creates more problems than it solves. After observing salmon and shrimp farms, especially in Maine and Mexico, and speaking with those who support and oppose aquaculture, Molyneaux ( ), who has been a fisherman himself, presents some disturbing facts. For example, farmed fish suffer from diseases, and the antibiotics used to treat them can enter the food chain and lead to the proliferation of disease-resistant bacteria. In addition, fish farms use pesticides that contaminate the ocean; wild fish have to be caught to feed farmed fish, resulting in further decimation of already depleted wild fish stocks; and there's a danger of genetic pollution when farmed fish escape and crossbreed with wild fish. Molyneaux's argument gets hazy when it wanders into a discussion of ecological economics, and offers no alternatives to aquaculture other than vague proposals that fishermen take a more active role in wild stock preservation. But he is mostly able to use his firsthand knowledge of the fishing industry to make a powerful case against aquaculture. Photos not seen by .