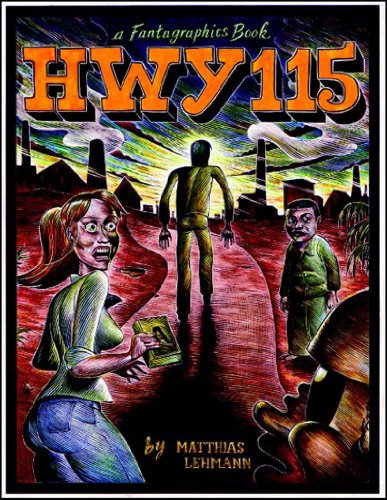 Like a deadpan killer-on-the-road film painted in chiaroscuro, Lehmann's has a pair of none-too-bright amateur detectives, René and Agatha, trailing one Robert Illot, a surprisingly verbose serial killer who disposes of his victims by cramming different objects down their throats (a lightbulb, stapler, etc.), and then talking about it to those who then helpfully relate it to our fair heroes. In Lehmann's symbol-weighted story, René and Agatha are always one step behind the devious Illot; as they question men from his time in an asylum, he's leaving another body for them to ponder over. Set in a nominal sort of France, the landscape of fantastically looming factories and opulent nightclubs barely approaches real. The tale is not the thing so much as it is Lehmann's beautifully rendered and darkly dramatic scratchboard drawings, which come close to providing the pulsating drama and noirish fantasia that his rote story can not.