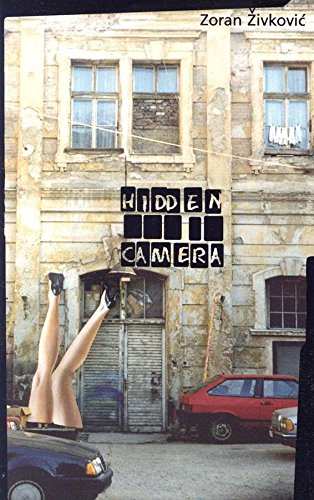 Zivkovic surveys the shifting line between paranoid fantasy and legitimate threat in his mystifying novel. When the unnamed narrator, an undertaker, is invited to a private film screening, he's surprised to see that the movie is one sustained shot of himself sitting on a park bench. With this episode, a complicated dance begins between the protagonist and his anonymous puppeteers, who manage to send him careening from one wild incident to the next. Directed to a used-book store, he discovers a novel supposedly written by him years in the future; obeying another mysterious invitation, he ventures to the zoo, where he has a close call in a bear cage, and things get worse from there. "Undertakers primarily favor gentle, sentimental films," he says indignantly, but there's nothing gentle about his adventures. Readers are propelled along as effectively as the narrator is, but they may be just as confused. As the story progresses, the undertaker's increasing paranoia makes it impossible to say how much of the danger is real and how much is imagined. After making a name for himself as a fantasy writer, Zivkovic has stepped intriguingly into experimental prose.