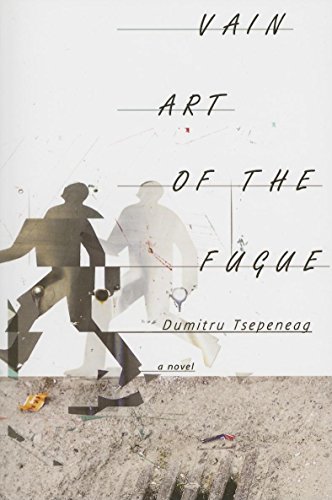 Vain Art of the Fugue

Noted Romanian writer Tsepeneag spins out a blizzard of variations on a simple anecdote, marvelously echoing the fugue's repeated statement of subtly differing themes. In Tsepeneag's simple tale, a man is sitting on a bus, flowers in hand, concerned that he will miss the train he is hoping to meet—or is he catching it? At the train station, he waits impatiently for Maria (or is it Magda?) while watching the strange parade of humanity: peasants cradling giant fish, train engineers telling long-winded anecdotes, an Italian tourist struggling to understand the conductor's rapid-fire Romanian. Sometimes the scene switches suddenly, and our protagonist is at the beach or in prison; other times, the action shifts from him to other, unnamed characters, who watch his furious and ultimately fruitless attempts to maintain order. A few of the 25 segments fall flat or fail to adequately distinguish themselves, and none resolves (in fact, most loop back). Yet there is a sublime lunacy to watching objects lose their meanings, people exchange roles and the protagonist suddenly surge ahead quixotically, as when he (repeatedly) runs alongside the bus wearing a T-shirt emblazoned, in gold letters, "LOVE."