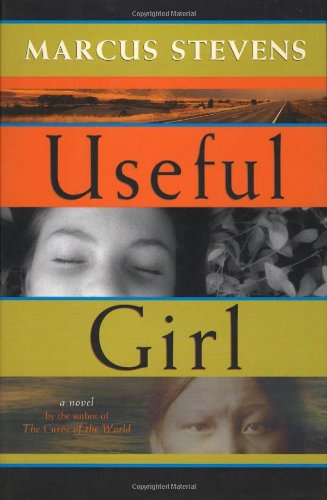 The life of a contemporary young woman runs parallel to that of an 1870s Cheyenne girl in Stevens's affecting, accomplished second novel (after 2002's well-received ). Erin Douglass, 17, and her detached father, Jack, are mourning the loss of her mother ("Without her, we were an inexplicable pairing, two unconnectable dots"). The rift widens when the remains of a Cheyenne girl are discovered at Jack's construction company's work site, and Jack callously orders his workers to cover them up to avoid an expensive halt to the job. Charlie White Bird, one of the workers, is offended by Jack's disrespect and enlists Erin's cooperation to rectify the situation. They soon begin an affair that is forbidden both by Erin's father and the racially divided society of rural Montana. As Erin's problems snowball, she becomes increasingly interested in the Cheyenne girl, whom she and Charlie name Mo'é'ha'e. Meanwhile, she is reading about the Indian wars, as recorded in her grandfather's notes for a family history, and she images the life of Mo'é'ha'e while learning about her own family's role in the settling of the West. Eventually compelled to flee both her father and Charlie, Erin embarks on a bleak hitchhiking trip with no fixed destination in mind. Stevens skillfully juxtaposes the stories of Erin and Mo'é'ha'e, drawing a clear connection between them. The descriptions of late 19th-century battles and living conditions are unsettling in their vivid and authentic detail, riveting even the least historically minded reader, and the account of Erin's plight is clear-eyed and uncompromising. Writing with compassion and grace, Stevens delivers a timeless story of brutality and forgiveness.