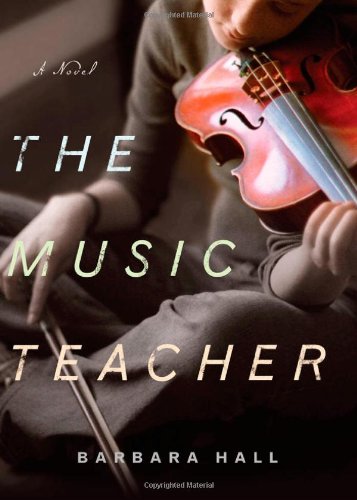 It's for the orchestra set in this slim, assured drama. Among the clerks and instructors of McCoy's music store is Pearl Swain, a recently divorced violin instructor and almost a great violinist who spends most of her time mourning her perceived failures—her marriage, her musical career and her various relationships. But when Pearl meets Hallie Bolaris, a promising young musician with a troubled history, she recognizes in her young student a natural ear, and soon Pearl convinces herself that Hallie is the world's next violin prodigy. She immediately hatches a plan to mentor and train Hallie for the life she herself never had, but Pearl's interest in her favored student soon diverges from her musical training and builds toward a more disheartening climax. Hall, who wrote for television shows and , doesn't shy away from the sour notes of lost dreams, failed careers and misguided intentions, and her novel, despite its heavier than necessary dose of navel-gazing, rings true because of it.