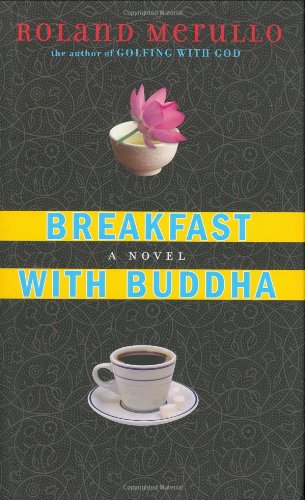 Merullo, author of the Revere Beach series and , delivers a comic but winningly spiritual road-trip novel. Otto Ringling is a food-book editor and a happily married father of two living in a tony New York suburb. After Otto’s North Dakota parents are killed in a car crash, he plans to drive his ebulliently New Age sister, Cecilia, back home to sell the family farm. But when Otto arrives to pick up Cecilia in Paterson, N.J. (where she does tarot readings and past-life regressions), she declares her intention to give her half of the farm to her guru, Volvo Rinpoche, who will set up a retreat there. Cecilia asks Otto to take Rinpoche to North Dakota instead; after a fit of skeptical rage in which he rails internally against his sister’s gullibility, he accepts, and the novel is off and running. Merullo takes the reader through the small towns and byways of Midwestern America, which look unexpectedly alluring through Rinpoche’s eyes. Well-fed Western secularist Otto is only half-aware that his life might need fixing, and his slow discovery of Rinpoche’s nature, and his own, make for a satisfying read. A set piece of Otto’s chaotic first meditation session is notably hilarious, and the whole book is breezy and affecting.