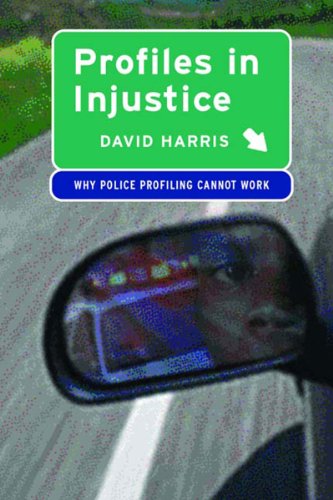 This thoughtful and scrupulous analysis of racial profiling's history, uses and ultimate failure as a measure for crime prevention takes on even deeper meaning following September 11. Harris, Balk professor of law and values at the University of Toledo College of Law, outlines the various forms of policing connected to profiling: traffic stops, consent searches, and stop and frisks, among others. He analyzes how each, aside from often not passing basic legal or ethical standards, nearly always fails to discover criminals or deter crime. These conclusioins are supplemented by his often surprising analysis of arrest statistics: the New York attorney general's office shows that even though more blacks than whites were stopped and frisked for concealed weapons, the arrest rate of whites for violations was actually higher, while composite profiles of convicted criminals are skewed because 54.3% of violent crimes are never reported to the police. Other studies show just how difficult it is to guess someone's race just by looking at them. This strongly synthetic statistical work is carefully interwoven with case histories (such as that of a Latino U.S. district judge who is routinely stopped by the Border Patrol in Texas), as well as with detailed commentary on court cases and political stories such as v. , the famous, and ongoing, case involving state troopers profiling drivers on the New Jersey Turnpike. A brief chapter devoted to profiling of Arab-Americans and Muslims in airports gives a glimpse at specific procedures in place before September 11 that failed miserably.