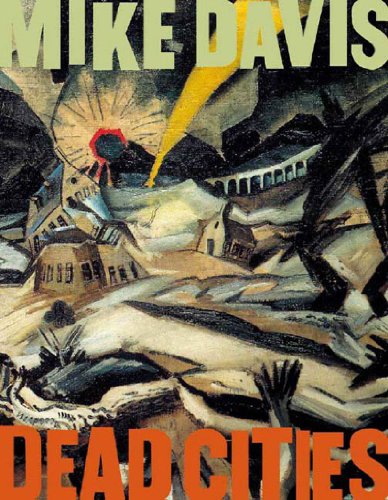 "Lower Manhattan was soon a furnace of crimson flames, from which there was no escape" is not a lead sentence from the from last September, but an image from H.G. Wells's 1908 novel, . In this astute, compelling and often shocking tour of U.S. cities over the past decade (many of these pieces date from the early 1990s), Davis (; ) goes beyond the usual boundaries of urban theory and creates a panorama of images of cities and landscapes in the throes of destruction—one in which September 11 is more norm than exception. Davis argues that "ecocide"—the degradation of the planet via air pollution, water pollution, nuclear waste and other industrial plagues, as well as by war—is integral to urban decay. Davis creates a Bosch-like portrait of America where Cold War waste disrupts genes and has made huge tracts of land into uninhabitable "national sacrifice zones"; Las Vegas is continually demolished and rebuilt; corporate "redevelopment" runs inner-city economies like feudal dynasties; an attempt to build a subway "eats" Los Angeles; and the "bourgeois utopia of a totally calculable and safe environment" is deeply shaken by September 11. Davis finds "an existential Earth shaped by the creative energies of its catastrophes" (like asteroid impacts, to which a chapter is devoted) that only "geomorphology," an emerging science, treats the effects of urban, rural, natural and man made urban disasters as part of the same continuum, might hope to explain. It's a grim reality, but, in the face of torrid summers, calving ice shelves and beaching whales, one that is increasingly difficult to ignore.