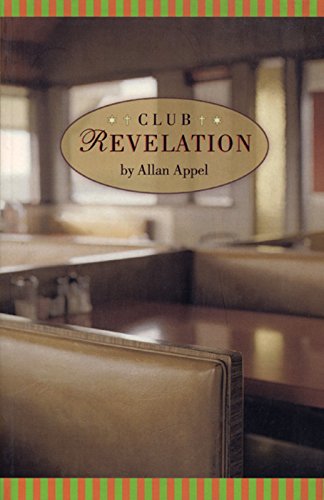 Once one gets past the blatantly sitcom-like premise of Appel's new novel, this story about the disruptive and redemptive power of religion in the lives of three interfaith couples living on the Upper West Side of Manhattan is surprisingly entertaining. When William Harp, the son of a Southern evangelist minister, opens a restaurant on the bottom floor of a brownstone owned by three old friends and their wives, they have no idea that he plans to make it a Christian-themed cafeteria that he hopes will entice the area's many Jewish residents to convert. All too conveniently, the distaff side of the three couples are all originally Christian (one is now Buddhist) who have accepted their husbands' religions by osmosis, wisecracking in Yiddish and otherwise feeling comfortable in a largely Jewish social milieu. Again, all too conveniently, none of the couples has had children, so the wives are entirely free to pursue their careers. But when Harp's proselytizing Christianity reawakens Marylee Jeffers Levine's longings for spiritual salvation, personal and domestic turmoil ensue for the Levines, the Klains and the Belkins. Appel () handles the dilemma he's created with considerable wit and sophistication. If his theological explanations sometimes tend toward the didactic, he balances his commentary with clever plot twists, nicely textured characterization and the kind of breezy dialogue instantly recognizable as wry and irreverent New York lingo. The laugh factor is also high; one of the funniest scenes is Harp's description, in a letter to his demanding father, of the contretemps that results when the restaurant's holy snake, Annabel, eats a Buddhist tenant's holy sheep. The cross fertilization of religions that marks the novel's denouement is good-natured and satisfying, if not classically ecumenical.