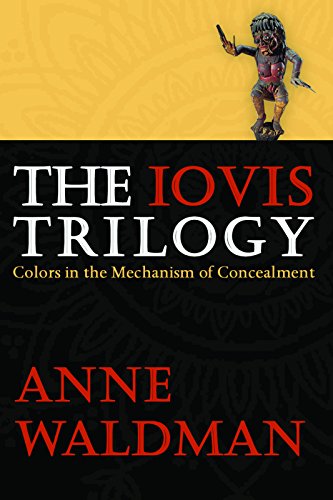 The Iovis Trilogy: Colors in the Mechanism of Concealment

New York City prophet and seer of daily life, beat or postbeat feminist pioneer, known for her work with Bob Dylan and Allen Ginsberg as well as for her riveting live performances, Waldman (Manatee/ Humanity) has in four decades of books and events stayed strange, a charismatic outsider, even as her long career has gathered respect. Begun in the 1980s (Book I appeared in 1993), this mammoth work may be the summit of that career: with chants, meditations, letters to the poet, synopses of ancient and recent Greek, South and East Asian, Latin American and U.S. history, ideograms, mythography, and much else, Iovis is Waldman's attempt at a new world history, a radical re-creation myth, an homage to Blake's epics and Pound's cantos, and a mystic or matriarchal answer to the male-dominated civilization (Jove or Iovis, the male god) that we have known. To the first two books%E2%80%94published in 1993 and 1996%E2%80%94Waldman adds an all-new third: set in New York, India, Vienna, and many other sites, it looks at a series of wars, from ancient Rome to Vietnam and Iraq, imagining their consequences and their alternatives in meditative practice, in travel, in song. "To validate/ or calculate/ cosmological parameters/ of singing/ her need," Waldman sets "this world of Warring States" against "she who painted like the Taoist Ritual... or the Dipper Mother/ reincarnated." A book to admire, to pay homage to, to get lost in, Waldman's epic goes splendidly on and on, mixing the shamanistic with the diaristic, the topical with the prayerful, incorporating almost everything, from a "Femanifesto: Plurality" to an account of how "Robert Creeley Came to Me Turning to Che [Guevara] in a Dream." (June)
close
Details