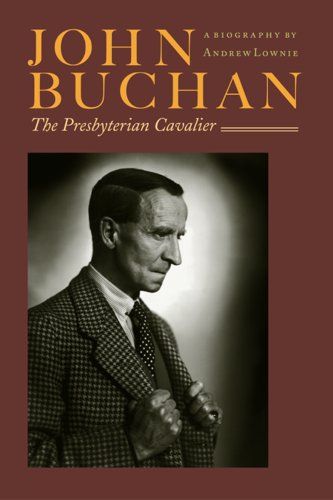 Best known to American readers as the author of and other "shockers," as Buchan referred to them, John Buchan's protean life and work encompassed a great diversity of accomplishments. In a detailed, well-balanced and well-documented work, Lownie, who has edited collections of Buchan's poems and stories, examines his subject's successes and failures as well as the shifting tides of critical opinion that have buffeted or burnished his reputation. Buchan's 65 years (1875–1940) were crowded with achievements. He attended Glasgow University and Oxford and was chancellor of Edinburgh University. His literary roles included war correspondent, various positions with Nelson Publishing Co. and deputy chairman of Reuters News Agency. His distinguished record of public service included various posts in South Africa, WWI director of information, MP for the Scottish Universities and governor-general of Canada. In addition to his works of fiction, Buchan wrote and published essays, poetry, biographies and histories, and he edited numerous other works. And yet somehow Buchan never seemed to grab the grand prize expected of him. Lownie argues quite convincingly that Buchan had too many talents pulling him in various directions—torn between romantic and practical impulses—and that ill health compounded his difficulties. He also felt himself to be always the outsider: "regarded as a Scotsman in England and an Englishman in Scotland." Regardless of successes or failures, Buchan had, and continues to have, a shaping influence on espionage fiction, with his books still being read and adapted for radio, television and film. Illus.