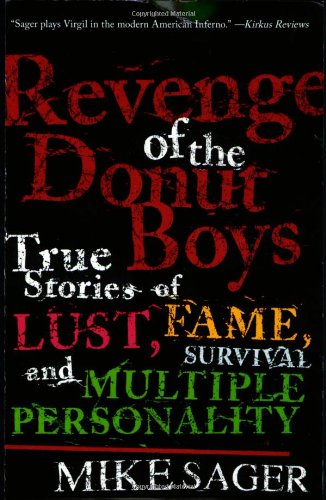 writer-at-large Sager ( ) demonstrates a lively curiosity about other people's lives, hopes, fears and disappointments in these 17 previously published articles. Sager's nimble celebrity profiles include Emmy winner Roseanne Barr, who attributes her multiple-personality disorder to an abusive mother, but more affecting are the everyday struggles of "almost famous" actors Steve Bean and Lynn Clark, who stay sane in the face of numerous professional rejections. Sager's best pieces showcase people battling nature: aging hippie and sandal-maker Lee Risler cuts off his own arm to free himself from a wrecked van and wears his stump as a badge of honor. Despite some forgetfulness and frailty, 92-year-old widower Glenn Brown Sanberg has a girlfriend with Alzheimer's and writes a weekly newspaper column. In a whimsical yet satisfying search for other Mike Sagers the author finds instant kinship with a police captain, a politician and a preacher. These are savvy, deftly written highlights from a talented career.