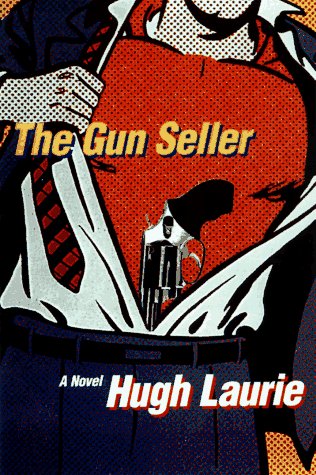 In his debut as a thriller writer, the longstanding partner of British comedian Stephen Fry treats the genre of John Buchan, Eric Ambler and Frederick Forsythe with as much reverence as Douglas Adams's Hitchhiker's Guide to the Galaxy did science fiction. His blend of comedy and suspense has some truly hilarious moments. The hero, Thomas Lang, an ex-officer of the Scots Guards now aimlessly drifting between dead-end jobs, is such a decent bloke that he not only turns down a 50,000 hit job but also warns its intended victim, the CEO of an interior decorating firm, who turns out to be its originator. At the heart of a plot so twisted that it risks spraining itself is an arms-selling conspiracy beyond Ollie North's wildest schemes, involving renegade CIA agents and the U.S. military-industrial complex. Though this scenario flags once Lang has untangled it, culminating in a staged hostage crisis that shows off an anti-terrorist helicopter, Laurie's droll patter enlivens Lang's bemused narration throughout. Besides motorcycle chases, unarmed combat and sharpshooting, Lang wittily fetishizes weaponry and personal injury. As a good Brit, however, he is terribly, terribly reticent about sex (""When it comes to sex, it seems to me, men really are caught between a rock and a soft, limp, apologetic place.""). Author tour; rights: Harold Ober; film rights to United Artists. (May)
close
Details