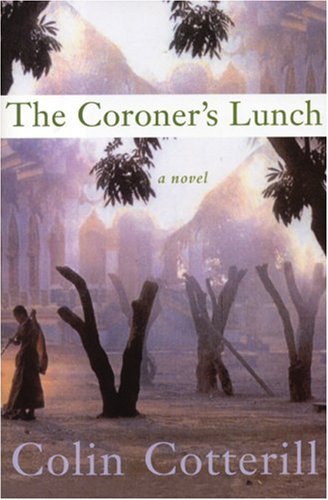 Confronted by the poisoning of an important official's wife and the sudden appearance of three bodies that may create an international incident between Laos and Vietnam, 72-year-old state coroner Dr. Siri Paiboun keeps his cool in Cotterill's engaging whodunit, set in Laos a year after the 1975 Communist takeover. Ably assisted by the entertaining Geung and ambitious Dtui, Siri calmly gleans clues from minute examinations of the bodies while circumnavigating bureaucratic red tape to arrive at justice. Only an attempt on his life manages to rattle him—and for good reason. In addition to being comfortable around corpses, Siri actually converses with the dead during his dreams. These scenes come across more as a personification of Siri's natural intuition than as a supernatural element. Less explainable is Siri's journey to a northern Laos army base, where he becomes involved in the witchcraft and spirit world of the local tribespeople. Despite this minor detour into the implausible and a later, jarring change in viewpoint, this debut mystery, with its convincing and highly interesting portrayal of an exotic locale, marks the author as someone to watch.