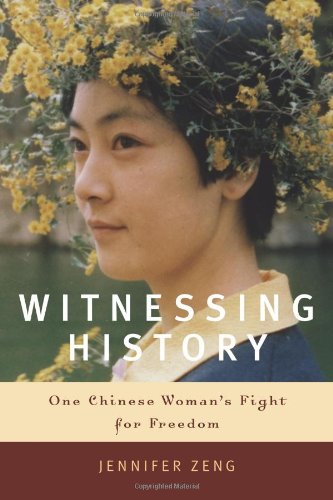 For Westerners, one of the most perplexing recent obsessions of Communist China is the mass persecution of hundreds of thousands of mostly middle-aged, middle-class devotees of Falun Gong, a system of exercise and meditation on "Truthfulness, Compassion and Forbearance." Equally puzzling is the well-documented determination of practitioners to defy the notoriously repressive government. While this memoir doesn't provide definitive answers, it does shed light on the issues and offer a hair-raising first-person look at China's brutal concentration camps (Zeng spent a year in one), where prisoners are beaten, electrocuted, deprived of sleep, forced into hard labor and subjected to constant "reform" propaganda, aka brainwashing. Zeng, an investment consultant, turned to Falun Gong after the difficult birth of her daughter and a botched medical procedure left her weakened and depressed. The practice improved her health and outlook almost immediately. Like other practitioners, Zeng couldn't believe the government would go as far as it did to crack down on something so seemingly harmless and beneficial, until she found herself under arrest in 2000. After stubborn resistance for a year, Zeng finally pretended to "reform," and when released, managed to escape to Australia. China watchers should be attentive to this simply written but invaluable report from the front.