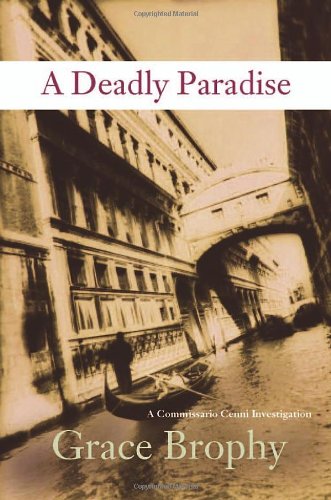 In Brophy's appealing if low-key second mystery to feature Insp. Alessandro Cenni (after 2007's ), the murder of Jarvinia Baudler in the Italian village of Paradiso creates a headache for German diplomat Dieter Reimann, who had been having an affair with the woman. Reimann's need to recover important papers muddies the waters for the inspector, who discovers that the victim was a bisexual drunk who used Reimann to falsify passports, lived beyond her means and was the recipient of threatening letters. As Cenni sifts through all this intriguing information about the deceased, he comes across a link to unsolved murders from 1978 and possible blackmail involving Reimann's wife. A brief shift of scene to Venice to investigate leads from Baudler's youth doesn't add much to the plot, which unfortunately builds to a resolution that will strike many readers as a letdown after the elaborate setup.