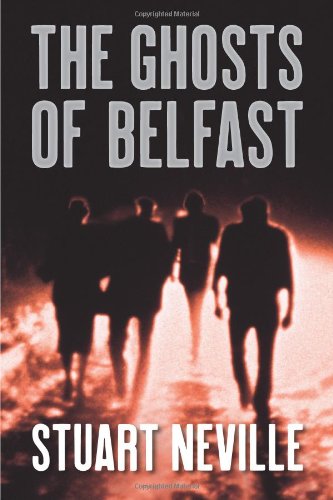 The Ghosts of Belfast

With this stunning debut, Neville joins a select group of Irish writers, including Ken Bruen, Declan Hughes and Adrian McKinty, who have reinvigorated the noir tradition with a Celtic edge. Gerry Fegan, a former IRA hit man haunted by the ghosts of the 12 people he killed, realizes the only way these specters will give him rest is to systematically assassinate the men who gave him his orders. Though those in the militant IRA underworld have written him off as a babbling drunk and a liability to the movement, they take note when their members start turning up dead. Meanwhile, Fegan is attracted to Marie McKenna, a relative of one of the newly slain men and a pariah to the Republicans. Can Fegan satisfy his demons and redeem himself, or will the ghosts of Belfast consume him first? This is not only an action-packed, visceral thriller but also an insightful insider’s glimpse into the complex political machinations and networks that maintain the uneasy truce in Northern Ireland.