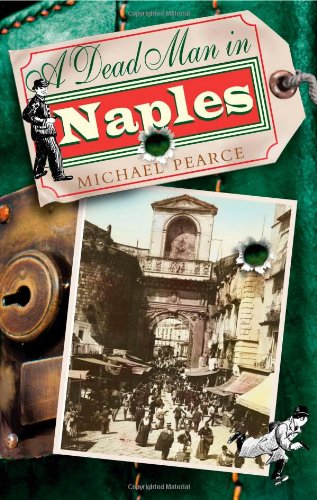 A Dead Man in Naples

Pearce’s sixth mystery to feature Scotland Yard’s Sandor Seymour (after 2008’s ) deftly mixes humor with a whodunit plot. A couple of years before WWI, the Foreign Office sends Seymour to Italy to unofficially investigate the stabbing death of Lionel Scampion, a British consular representative. As a diplomat, Scampion wasn’t altogether satisfactory, going so far in his enthusiasm as to volunteer to fight for Italy in its war with Libya. Seymour must consider a hypothesis raised at the inquest that Scampion’s murder had to do with a rivalry between bicycling clubs as well as the possibility that the killer acted from political or personal motives. As in the author’s better-known Mamur Zapt series ( , etc.), Pearce does better at clever word play and investing his characters with charming foibles than establishing clues to buttress a fair-play solution. Still, this entry stands as the best to date in the Dead Man series.