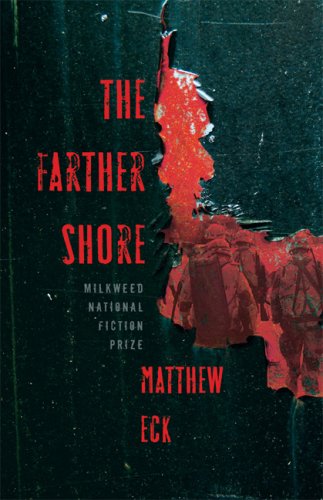 A unit of young American soldiers lost in an unnamed city in an unnamed desert nation struggle to maintain a tenuous grip on their lives in this haunting debut novel by Eck, a veteran of U.S. Army efforts in Somalia. Narrator Joshua Stantz recounts his wanderings with such quiet objectivity that the horrors he witnesses evoke winces and poetic details stand out in contrast: there are wounds that hiss and bubble, but there is also a girl's lone eyelash falling from the creases of a letter. Early in the book, Joshua is part of a group of six soldiers who, separated from their unit and under murky circumstances, kill two boys, but almost everything else about their circumstances remains unclear: where exactly are they and why? and who is the enemy? With these questions in the air, the formal rules of engagement become all but useless as the troops navigate a landscape rife with dangers—warring clans, armed thugs, the elements. Eck goes beyond the on-the-ground chaos of battle to capture the physical and psychological disorientation of modern war.