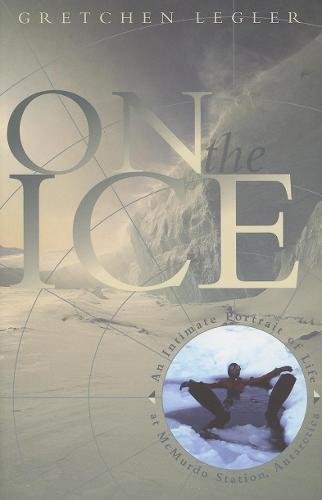 On the Ice: An Intimate Portrait of Life at McMurdo Station, Antarctica

Legler ( ) received a grant to spend several months documenting the life of those at the Antarctic research facilities at McMurdo Station, "an old military installation, remote oil company drilling site, frontier mining camp, and college campus blended into one." Her story emerges in a series of loosely episodic essays, a function perhaps of "Antarctic time," a Zen-like mode in which human agendas submit to the bleak, unrelenting landscape. Legler is a constant observer, whether she's sailing aboard an ice-ramming research ship, visiting the huts of great explorers like Scott and Shackleton, or enjoying a getaway with friends at an isolated camping station. Details scattered about subtly steer readers toward Ruth, a mechanic who works at McMurdo, and her and Legler's romance comes to dominate the final sections. Legler's examination of her feelings after Ruth's earlier departure supplements a thoughtful study of the intense egalitarian bonds and compartmentalized sexual relationships that form among all Antarcticans during their time in isolation. Readers hoping for adventure at the bottom of the world may be disappointed, but the emotional honesty of Legler's reporting significantly increases our understanding of life on the last great frontier.