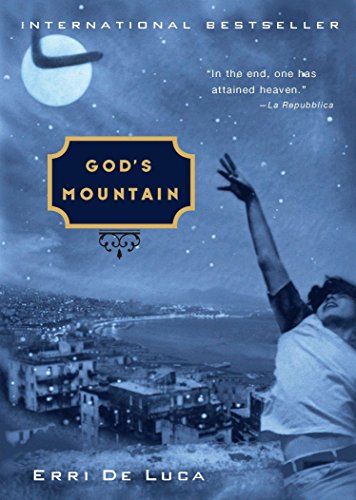 With a surreal and quiet economy reminiscent of Max Frisch's (or perhaps , only without the verbal gymnastics), this international bestseller has some of the innocent charm of Saint-Exupéry and much of the darkness to which European literary fiction is heir. The narrative is the diary of a 13-year-old boy at the cusp of manhood in an isolated world. The setting is Montedidio, or "God's Mountain," a "neighborhood of alleyways" in Naples, Italy, in the 1960s. The unnamed narrator struggles to learn "proper Italian" in lieu of his native dialect as he labors at a carpentry workshop and stoically observes the inexorable decline of his mother's health. His upstairs neighbor, Maria, a sadly wise girl his own age who's been seduced by their landlord, initiates his sexual experience. The tableau of near-grotesques includes a good-hearted homosexual printer, a hunchbacked Jewish cobbler who narrowly escaped the Holocaust, and the sensed presence of spirits and angels. The language, while simple, has surprising, fresh moments: the cobbler's cheerful stories "pump" the narrator's bones "full of air." Teardrops "burst" from eyes "with a shot from inside." While little new ground is covered, the book is effective in its poignant immediacy, as the narrator bears the rigors of a lonely and tragic coming of age. The story also chronicles the narrator's central passion: his boomerang, a gift from his father. As a simple and elegant trope, the boomerang encompasses both the freedom and hope inherent in his longing to escape, as well as the futility of his aspirations. After all, it flies far, but returns no matter how hard he tries to cast it away.