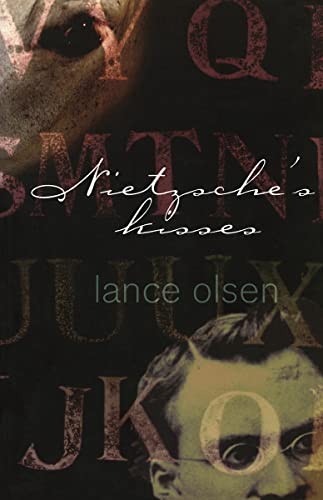 Olsen ( ) delves into the fractured mind of German philosopher Friedrich Nietzsche (1844–1900) hours before his death in a Weimar institution. In the opeining narrative, Nietzsche counts his last hours, doted upon by nurse Alwine and his righteous sister, Lisbeth ("the llama"). Alternately, there are chapters titled by body parts ("Tail," "Bowels") which offer a kind of dreamlike record of Nietzsche's memory, rendered in a stream-of-consciousness second-person. Finally, a more cohesive narrative fills in the details of Nietzsche's life and works backward in time: his travels to Italy, where he fell in love with the unattainable Lou Salome; his waning years as a professor in Turin; his first literary success with , championed by Richard Wagner before their falling out; finally, his youth in Naumburg and his birth as a pastor's son. Fancifully embroidering into the narrative Nietzsche's themes and aphorisms—"Every sentence is a kiss"—Olsen is a fine and daring writer, equal to the material.