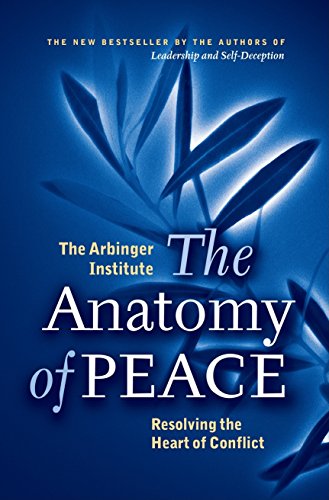 The Anatomy of Peace: Resolving the Heart of Conflict

The premise of this follow-up to is simple: people whose hearts are at peace do not wage war, whether they're heads of state or members of a family. In this semi-fictional narrative ("inspired by actual events") illustrating the principles of achieving peace, the setting is a two-day parent workshop at an Arizona-based wilderness camp for out-of-control teenagers, but the storyline is a mere setting for an instruction manual. Workshop facilitators Yusuf al-Falah, a Palestinian Arab whose father was killed by Israelis in 1948, and Avi Rozen, an Israeli Jew whose father died in the Yom Kippur War, use examples from their domestic lives and the history of their region to illustrate situations in which the normal and necessary routines of daily life can become fodder for conflict. Readers observe this through the eyes of one participant, a father whose business is in nearly as much trouble as his teenage son. The usefulness of the information conveyed here on how conflicts take root, spread and can be resolved more than compensates for the pedestrian writing.