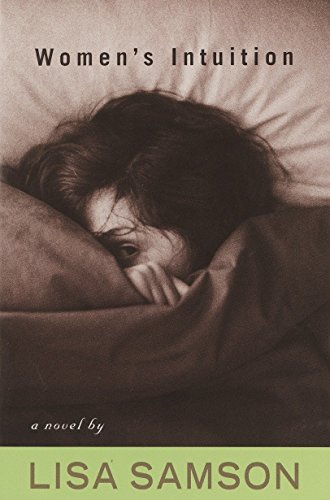 Samson, author of , stakes out her claim as a novelist of distinction for readers who enjoy evangelical Christian fiction but often choke on the pabulum that passes for it. Larkspur Summerville is a 41-year-old paranoid virtual recluse who for 20 years has kept a secret from her family—a secret that now threatens to become her undoing. Raised Methodist, her sanity is partially tethered to playing the organ for St. Dominic's Catholic Church and experiencing the loving friendship of its priests, although Lark admits, "The whole Mary thing unsettles me." Lark spends most of her free time running a toll-free prayer line, 1-777-IPRAY4U. When Lark's house burns to the ground, she is forced to seek refuge with her estranged mother, Leslie, and Leslie's live-in housekeeper and Internet guru, Prisma Percy. Rounding out the household is Lark's hip, artsy daughter, Flannery, a at Starbucks, whose sanity is the glue that holds her strange family together. The finely crafted, first-person narratives alternate among the four women, with a short ending chapter from Lark's brother, Newly. Samson occasionally overwrites and is a little heavy on the dialogue, but her prose is mostly excellent, and the characters appealing and compelling. The centerpiece of the novel is its beautiful depiction of faith and fear that avoids canned Christian gospel presentation scenes but is clear in its message. With this offering, Samson places herself in the ranks of the CBA's best novelists, with writing that has the potential to find a general readership as well.