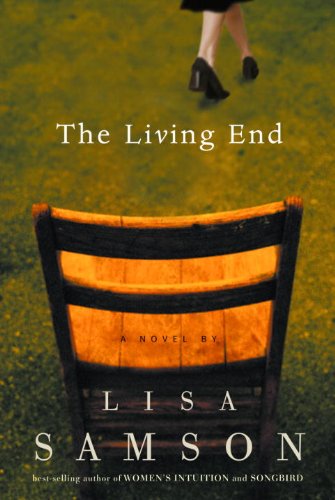 Samson is one of the best novelists in the inspirational market (; ), and she excels in her ability to portray authentic characters in this most recent foray into fiction. Pearly Laurel, 55, and her husband, Joey, have been soul mates for their 35 years of marriage. She's never shared his rock-solid faith and finds that life is unbearable when he unexpectedly dies. Determined to commit suicide by a rather improbable method, Pearly discovers Joey's last "wish list," which details seven things he wanted to do (including getting a tattoo and climbing a pyramid). She adds her own four items to his list and sets out to accomplish them all. Soon, she's involved with other people, including a young teen who needs her help. "Why in the world would God use me when I don't really know if I want all that much to do with Him?" asks Pearly. Lighter moments are provided by Pearly's neighbor Maida, who is addicted to a sexy daytime soap and provides updates on the exploits of the characters. Using first-person narrative, Samson knows how to show without telling, and although her word choices are occasionally a little over the top ("his bamboo arms"; a character named Shrubby Cinquefoil), most descriptions are delightfully fresh. The satisfaction of the novel comes not in the fulfillment of the wish list, but in Pearly's unforced journey toward faith and healing. This is a fine example of the strides being made in evangelical Christian fiction, which other CBA novelists would do well to emulate.