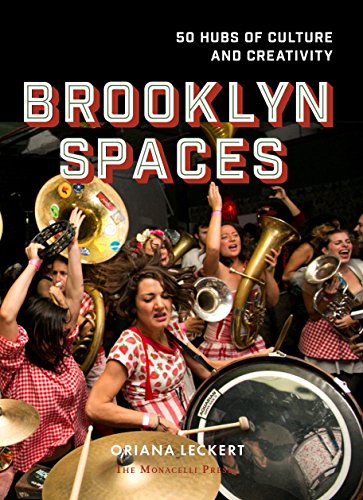 Brooklyn has been cool for so long that it's sometimes difficult to remember that this borough begat Saturday Night Fever before being colonized by the stroller set. Now considered painfully hip, has Brooklyn finally jumped the shark? If it has, New York's most populous borough has done so with panache and moxie, as described by "cultural hipstorian" Leckert. She takes readers on a visually compelling, totally unexpected tour of the most unusual repurposed spaces in a number of Brooklyn neighborhoods. While the majority are performance venues, itty-bitty museums, and cupboard-sized art galleries, others break the mold. A case in point is the North Brooklyn Boat Club, "a loose conglomeration of boating enthusiasts, environmental educators, and nautical activists" who kayak (and canoe and row) along Newtown Creek, the narrow waterway between Brooklyn and Queens. MAs House is an "anarchist-focused," communal living experiment that "supports a range of radical ideals like mutual aid, anti-authoritarianism, environmental and social justice, freeganism, and gender and sexual parity." Bushwick City Farm, an outgrowth of the community gardening movement, consists of over 50 raised vegetable, fruit, herb, and flower beds, along with 35 chickens, ducks, and guinea fowl living in a salvaged wooden chicken coop. Even non–New Yorkers will appreciate the eccentricity of Leckert's tour. Color photos. (May)
close
Details