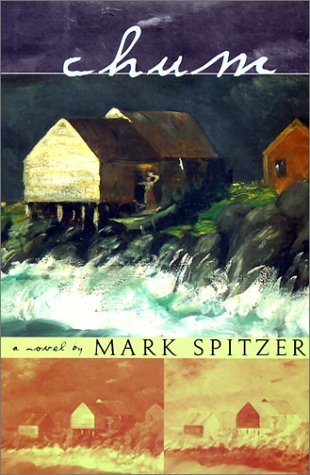 Erstwhile porn star April Berger, shipwrecked on the Alaskan island of Lo, believes she has found a secret paradise: the land is cheap, the people seem nice and it beats L.A. for rural authenticity. What the heroine of this aggressively offbeat first novel doesn't know is that Lo is home to a crude, incestuous and downright nasty group of fishermen and their families. Comely, abused island native Nadine (in love with Yann, the best of the fishermen, but obsessed with April), Yann (in love with April's voluminous breasts, but obsessed with Nadine) and April form an uncomfortable love triangle, which ends, predictably, in an explosion of the violence permeating the book. French translator Spitzer's inspiration was an obscure film script by Louis-Ferdinand Céline, but Céline's dark, obscene and savagely humorous style is difficult to imitate; Spitzer resorts to raw depictions of dissolute, sadistic characters who turn to unnecessary murder, illicit sex and excessive vengeance to distract them from their misery. Writing to shock, he delights in detailed descriptions of raging libidos and uncensored violence, but the frisson he works to generate wears off early and fails to disguise the familiarity of the plot and characters. Spitzer's unfocused, intermittently inspired satirical voice outshines his material and goes far toward filling out an otherwise flimsy story, but even impressively energetic prose is unable to redeem this ill-conceived novel.