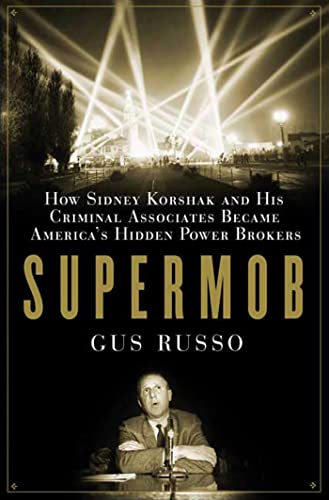 Veteran investigative author and organized crime expert Russo's magnum opus is a compelling look at one of the last century's major power players: Sidney Korshak, a "sphinxlike operator" who, despite pulling the strings of politics and industry, remained invisible to the general public. With great detail (some of it extraneous), Russo traces the amazing course of Korshak's life—from his childhood on Chicago's Jewish West Side to his role as a mouthpiece for the Windy City's Mafia leaders and, eventually, as a major league fixer who brokered labor truces and other deals for politicians and Hollywood moguls (Korshak died, aged 87, in 1996). The list of his clients and associates reads like a who's who of the last 50 years, including Ronald Reagan, MCA president Lew Wasserman, hotelier Conrad Hilton and cosmetics king Max Factor. Russo's extensive research is amply evident, and he has made use of recently disclosed records to paint a fuller picture than predecessors such as Seymout Hersh and Brian Ross were able to. His conclusions about Reagan—such as that he sold out the actor's union—in particular are likely to create controversy, although similar ones were drawn in Dan Moldea's 20 years ago. This worthy addition to the genre is marred only by some sensational claims concerning Reagan that lack adequate documentation. B&w photos.