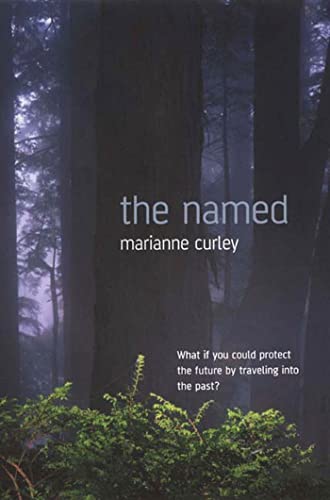 Magic blooms in Angel Falls, the setting of this promising launch to Curley's () time travel trilogy. At the edge of a national forest, where two worlds co-exist, 16-year-old Ethan Roberts guards time or, more specifically, history ("My job is to make sure it all happens the way it's supposed to, the way it already did"). As one of the Named, a Guardian of Time, he has been doing this since age four, not long after his 10-year-old sister, Sera, was killed. Her murderer, an evil half-faced monster, Marduke, is an Order of Chaos minion who wishes to alter the past in order to change the future—and to avenge his own losses. As the novel opens, Ethan is given an Apprentice to train, 15-year-old Isabel Becket, younger sister of his ex-best friend. With the help of Arkarian, a 600-year-old Guardian who lives deep inside the mountain, Isabel quickly takes to the apprenticeship, and her power to heal strengthens. But the forces of good and evil are headed for a Final Conflict foreseen by the Prophecy found in Veridian, the ancient city hidden deep under Angel Falls. No machine is required for time travel here; a strange "sleep" is the conduit between worlds past and present. Told in convincing alternating chapters by Isabel and Ethan, the novel reveals a mystery, the clues to which unfold via the duo's trip back in time to John of Gaunt (during the reign of Richard II) and details of Sera's death. Readers will likely be swept up by the ever-growing complications and want to return for the series' next installments. Ages 10-up.