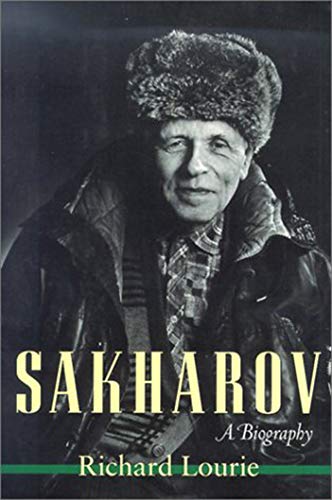 This first biography of the renowned physicist, Soviet dissident and Nobel Peace Prize winner weaves the details of Sakharov's life together with the history of the Soviet Union, which barely outlasted him. Lourie (), the translator of Sakharov's memoirs, touches briefly on Sakharov's scientific innovations (he was pivotal in the development of the H-bomb), but is primarily interested in his political life. Relying on published sources, correspondence and memoirs, he describes Sakharov's upbringing in a liberal family and his rise through the Soviet science program during the 1930s and '40s. Lourie's vivid accounts of Sakharov's meetings with Stalin and KGB chief Beria, his role in the intelligentsia, his marriages and his cramped apartments offer a textured picture of Soviet life during the Cold War. Yet his explanations of what motivated Sakharov to sacrifice the perks of being a Soviet hero for the dangers of political dissidence—he was placed under house arrest in the city of Gorky for six years—are speculative and less satisfying. Part of the problem appears to be Sakharov himself: he "is as elusive in death as in life," Lourie admits in the final few pages. Despite this weakness, Lourie's intelligent, engaging biography will be appreciated by those interested in Russian and Cold War history. Photos not seen by .