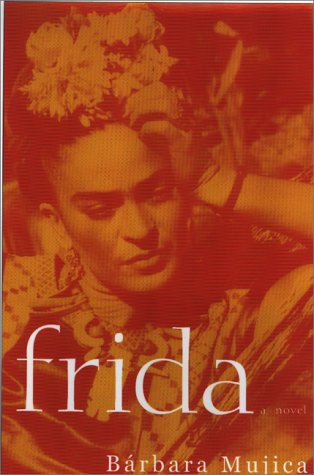 Confessions of a guilt-ridden sister spill off the pages of this tell-all historical fiction based on the life of Mexican artist Frida Kahlo, as narrated by Kahlo's younger sister, Cristina. Creakily structuredDthe text purports to be a transcription of Cristi's conversations with her psychiatristDand sometimes transparently didactic, the novel paints a detailed picture of Kahlo and her milieu. Bullied in school for being half Jewish, Frida and Cristina grow up in the aftermath of the Mexican Revolution of 1910 in Coyoacan, in the Central Plateau. Cristi, a very ordinary child, often feels eclipsed by her older sister, whether seeking attention from their emotionally distant father or later, from Frida's famous, philandering husband, muralist Diego Rivera. Despite Cristi's jealousies and Frida's insatiable need for attention, the girls keep in close touch when Frida goes away to school in Mexico City and Cristi is forced to take a job to help pay family bills. As Frida's life expands to include marriage to Rivera and travel in the United States, Cristi's world shrinks: she ends up back at home, caring for her two small children and ailing mother. Although events in Mexican history and the adventures of Frida's famous friends make for some intrigue, narrator Cristi is simply not compelling enough to sustain the reader's interest. Her very identity is defined by Frida, and although she professes to love her sister, the bitterness in her voice is evident as she reminds the reader that she was prettier than Frida and that Rivera loved to paint her in the nude. However, there are two movies in the making about Frida Kahlo's life, starring, respectively, popular Latina actresses Jennifer Lopez and Salma HayekDand they could spark interest in all things Frida. Agent, Scovil, Chichak, Galen. (Jan.)
close
Details